Highly anticipated untethered jailbreaking tool for all iPhone, iPod touch, iPad and iPad mini models running iOS 6.0 to iOS 6.1, has been released by a group of hackers evad3rs consisting of @pimskeks, @planetbeing, @pod2g & @MuscleNerd. As promised, Evasi0n jailbreak works on all iOS 6.0 to iOS 6.1 devices including Iphone 4s, iphone 5, all ipads & ipod with a single exception of AppleTv 3G.

The devices covered by this Jailbreak are: 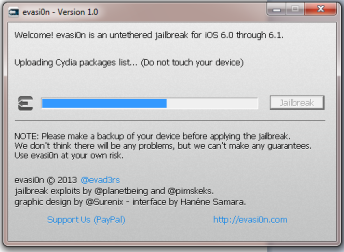 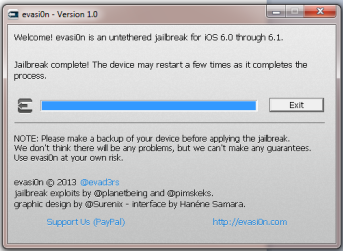 If you own an iOS device and had been waiting to jailbreak it, you must be jailbreaking it now.

We jailbreaked our iPad 2 running iOS 6.1 within an hour after the tool was released. What about you? Share your feedback in the comments.